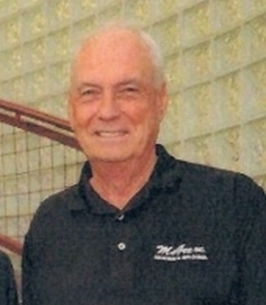 Born June 22, 1944 in Anderson, SC, he was a son of the late Joe Asbury and Mildred Hayes McGee. He was also preceded in death by his brother, Joseph McGee. Walter graduated from Crescent High School and Tri-County Technical. He was a member of Sardis Baptist Church, where he served on various committees. He was a deacon, trustee, and served on the budget and finance committee. He was a founding organizer of the Family Life Center building committee. Walter was an Eagle Scout and a Corvette enthusiast. He was also a dedicated Clemson Tigers Football fan.

The funeral service will be held at 3:00 pm Wednesday, June 12, 2019 at First Baptist Church of Iva with Rev. Jerry Gray officiating. A private burial will follow in New Silver Brook Cemetery.

In lieu of flowers, memorials may be made to Alzheimer’s Association, 4124 Clemson Blvd Suite L, Anderson, SC 29621. The McDougald Funeral Home is in charge.

Courtesy announcement of COILE AND HALL FUNERAL DIRECTORS
To order memorial trees or send flowers to the family in memory of Walter McGee (Courtesy), please visit our flower store.