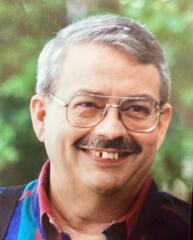 He was born on March 10, 1941 in Dayville, CT to the late Thomas Henry Ray, Sr., and Cecelia Baranski Ray. He received his bachelors in business degree, was retired from the Connecticut State Police as a Hazmat Inspector, served 37 years in the Dayville Volunteer Fire Department, was an EMT for 17 years, and helped run the family oil business, TH Ray, Inc., for a number of years. He attended St. Andrews Episcopal Church.

He is survived by; his wife, Mary Alice Carr Ray, sons, Sean Ray of Brooklyn, CT and Gregory Ray of FL, grandchildren, Stephanie and Ashley and two great-grandchildren survive. He was preceded in death by his parents.

In accordance to his wishes, he was cremated and a memorial service will be held in Hartwell at a later date and in Connecticut.

To order memorial trees or send flowers to the family in memory of Thomas Ray, please visit our flower store.
Send a Sympathy Card