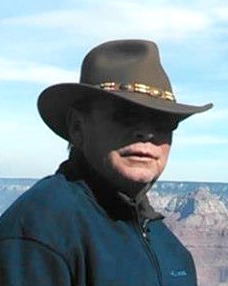 Sidney Gaines Adams, better known as "Sid", was born in Royston, Georgia on June 2, 1948. His childhood was spent in Hartwell, Georgia with his parents, Wade Neal Adams and Doris Guynell Bennett Adams, and sister, Robin Adams McNair, all of whom have preceded him in death.

A 1966 graduate of Hart County High School, he graduated from North Georgia College in 1967 with a certificate in electric construction. Sid worked at both Gallant-Belk and the Smith Funeral Home during his high school years. He developed a love for funeral service and inspired to become a mortician, but changed career paths once his children were born.

Sid joined the United States Navy in 1967 and served faithfully at NAS Oceana and aboard the USS Saratoga as an aviation electrician. Upon his discharge in 1971, Sid and Marie moved to Athens, Georgia where he worked for the United Parcel Service and the Bridges Funeral Home.

They relocated to Elberton, Georgia in 1975 where they bought a farm and he went to work as an insurance salesman with Liberty National Insurance Company. Sid joined the City of Elberton Fire Department as a volunteer fireman and later accepted a full-time position. He served his community faithfully for 30 years. Farming was Sid's passion, and he never missed an opportunity to build fences, work on farm equipment, or work with his cattle.

Civically, Sid was a member of the Elberton Elks Lodge #1100, Elberton Philomathea Masonic Lodge #25, the Oliver Chapter #25 Royal Arch Masons by the Yarrab Shrine Temple in Atlanta, Elbert County Farm Bureau, and the Elbert County Fish and Game Club. He was also a member of First United Methodist Church of Elberton where he had served as a Sunday school teacher and youth counselor. Sid and Marie were also foster parents.

On Tuesday, September 13, 2022, at 6:20p.m., Sid died peacefully at Piedmont Athens Regional Hospital following a year long battle with cancer. His final days were spent surrounded by those who loved him most.

An online guestbook is available at www.berryfh.com.