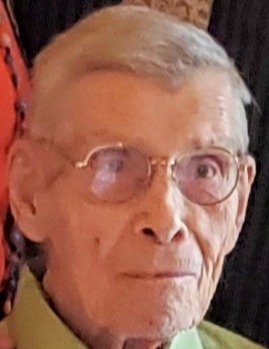 Bob was born on February 29, 1928 in Farmington, Minnesota to Robert H. and Mary Voita Kral.  Bob grew up with his younger brother, Edward, and younger sister, Marie.  In high school, Bob played football for the Farmington Tigers and graduated from Farmington High School in 1946. Bob attended Dunwoody Institute in Minneapolis and worked for many years as an electrical assembler of road construction machinery.

In July, 1972 in Duluth, Minnesota Robert was baptized as one of Jehovah’s Witnesses. He always enjoyed working on Kingdom Hall building projects throughout the years.  Bob loved Craftsman Tools, Football and pocket protectors.

Bob is survived by his children, Brian (Dale) Kral of Texas, Susan Kral of Minneapolis, MN and Jennifer Normandin (Bernie) of Hartwell, GA plus one granddaughter, Harper Kral of Texas.  Bob will be remembered and missed by many dear friends.  He is preceded in death by his wife, Alice E. Dahlin Kral, his parents, his brother, Edward Kral and sister, Marie Kral Page. In accordance to his wishes, Robert will be cremated and a memorial service will be held Saturday, December 31, 2022 at the Kingdom Hall of Jehovah’s Witness at 1:00 pm.

To order memorial trees or send flowers to the family in memory of Robert Kral, please visit our flower store.