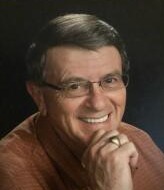 Mr. Kahn was retired from Ross Controls in Lavonia, GA and he was of the Baptist Faith. He enjoyed golfing, hunting, fishing, and spending time with his best buddy, Landon.

He is survived by his wife, daughters; Kelly(Donny) Seymour, and Jenny Phillips, grandchildren; Tatum Phillips, Landon Fay, Georgia and DJ Seymour, siblings; Laura Pruitt, Randy Kahn, and Valerie Kahn. He is preceded in death by his parents and grandson; Tyler Fay.

His wishes were to be cremated and no formal services will be held. The family is at the home.

To order memorial trees or send flowers to the family in memory of Larry Kahn, please visit our flower store.
Send a Sympathy Card