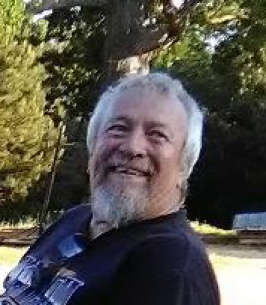 Mr. Ward was born in Elberton on October 9, 1954, son of the late Robert Clay Ward and Tommie Jean Gaines Ward. He was a member of Vans Creek Baptist Church and a retired spreader from Gip's Manufacturing Company in Hartwell. Kenny was a dedicated friend to anyone in need and always willing to extend a helping hand.

Survivors include his daughter, Cristal Leigh Ward of Elberton; sisters: Mary Jean "Jeannie" W. Ficquett and her husband Fred of Elberton and Cecelia "Sam" W. Gerrard and her husband Sam of Anderson, SC; four grandchildren; one great-grandchild; and several nieces and nephews.

In addition to his parents, he is preceded in death by his brother, Harold David Ward.

Graveside services will be held on Saturday, May 22, at 11 o'clock at Memorial Garden of Prayer on Elberton Highway in Hartwell, where he will be laid to rest with his brother. Mrs. Sandra Gaines Hulett will be officiating.

The family is at the residence and will greet friends immediately following the service at the cemetery.

Flowers are accepted and contributions may be made in his memory to T.J. & Friends Foundation, PO Box 6161, Elberton, GA 30635.

Berry Funeral Home & Crematory of Elberton is respectfully in charge of arrangements for Mr. Kenneth John "Kenny" Ward.
To order memorial trees or send flowers to the family in memory of Kenneth Ward (Courtesy), please visit our flower store.
Send a Sympathy Card