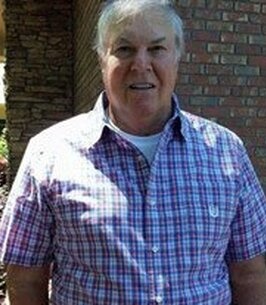 Mr. Ballenger was born on May 14, 1950, in Royston, GA, son of the late John W. Ballenger and the late Ruby Lois Hill Ballenger. He retired after 25 years at Royston Corporation as a sheet metal fabricator and brake department leader. Later he was a maintenance worker at Tugaloo State Park and was a member of Rice Creek Baptist Church.

In addition to his parents, he was preceded in death by siblings, Shirley White, Matilda Ballenger, Alton Ballenger, David Ballenger and Douglas Ballenger.

Funeral services for Mr. Ballenger will be held at Gaines Chapel United Methodist Church at 2:00 p.m. on Saturday, April 3, 2021, with Rev. Bob Claytor and Rev. Tim Taylor officiating. Interment will follow in the church cemetery.

Pruitt Funeral Home in Royston, GA is in charge of arrangements.

Courtesy of Coile and Hall Funeral Directors in Hartwell.
To order memorial trees or send flowers to the family in memory of Joe Ballenger (Courtesy), please visit our flower store.