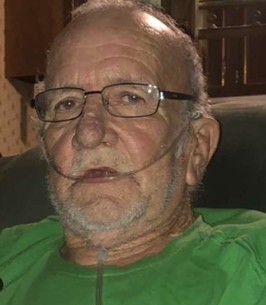 Mr. Jerry Allen Hulme, Sr., age 73 a resident of Peachtree Road in Elberton, Ga., went to be with the Lord early Wednesday morning, June 3, 2020 at home.

He was born on January 22, 1947 in Elberton to the late Daniel Osborn Hulme and Janie Warren Hulme. He was retired from construction as a heavy equipment operator. He was of the Methodist Faith.

He is survived by; his wife, Edith Jones Hulme of the home, son, Allen (Angela) Hulme of Elberton, Ga., brother, Buddy Hulme of Elberton, Ga., and sister, Carol Ratliff of Marietta, Ga. Grandchildren, Johnathan, Allie, Landon and Bentley Hulme. He was preceded in death by his parents, siblings, Joel Hulme, Homerzell Craft, Sandra Burgess, Velma Stovall and an infant brother.

Memorial services celebrating his life will be held on Saturday, June 6, 2020 at One o'clock from the Chapel of Coile and Hall Funeral Directors with Rev. Richard Jarvis officiating. The family has asked that in lieu of flowers, please make memorials to Ronald McDonald House or Make A Wish Foundation.

An online guest registry is available by visiting www.coileandhallfd.com
To order memorial trees or send flowers to the family in memory of Jerry Allen Hulme, Sr., please visit our flower store.
Send a Sympathy Card