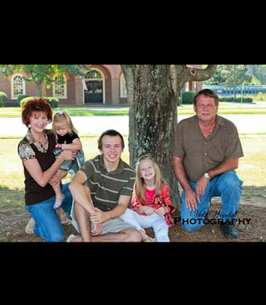 Mr. Charles Jeffrey "Jeff" Sokol, age 62 of Hartwell, GA., husband to Shannon Mize Sokol, went to be with the Lord on Tuesday, March 16, 2021 at his home surrounded by family.

He was born on June 3, 1958 in Hartwell, GA. to the late Charles Sokol Jr. He was a mechanic in the garment industry and of the Baptist Faith. Mr. Sokol loved the Atlanta Braves, Atlanta Falcons and was an avid Georgia Bulldog Fan. Jeff was known for giving everyone a nickname.

Mr. Sokol is survived by his wife, mother, Frances Walters Sokol of Hartwell, children; Riley and Skylar Sokol of the home, and brother; Keith Sokol of Hartwell. He was preceded in death by his father and son, Avery Sokol.

Funeral services for Mr. Jeff Sokol will be held Thursday, March 18, 2021 at twelve o'clock noon in the Chapel of Coile and Hall Funeral Directors, 333 E Johnson Street with Rev. Scott Mize and Mr. Tim Strickland officiating. Burial will be held in the Memorial Garden of Prayer. The family will receive friends from 11-12 just prior to the service at the funeral home.

All arrangements are entrusted to the care and direction of Coile and Hall Funeral Directors, 333 E Johnson Street in Hartwell, GA.
To order memorial trees or send flowers to the family in memory of Jeff Sokol, please visit our flower store.
Send a Sympathy Card