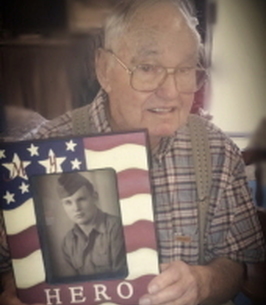 Mr. Thornton was born in Elberton, GA, on June 17, 1926, son of the late Jamie Bowman Thornton and Mary Rebecca Todd Thornton, and was a U.S. Army Veteran. Mr. Thornton had been a member of Middleton United Methodist Church since 1941, and served in various positions there throughout his life. He worked for many years at Elberton Silk Mill as a weaver and loom fixer, and will be most remembered as a School Bus Driver at Elbert County School District. Mr. Thornton was a member of Philomathea Masonic Lodge #25 for over 50 years.

Survivors, in addition to his wife Elsie, include his children: Joe and Gail Thornton of Starr, SC, and Barbara and Richard McIntosh of Hartwelll, GA; siblings: Brenda and Johnny Rice of Elberton, GA and Jane Nichols of Anderson, SC; grandchildren: Stephen Thornton and Tracy Maxwell of Albuquerque, NM, Shannon and Allen Lovell of Social Circle, GA, Parker and Joy Thornton of Anderson, SC, Chad and Lisa McIntosh of Hartwell, and Lydia Martin of Starr, SC; ten great-grandchildren; three great-great-grandchildren; and numerous nieces, nephews, and other relatives.

In addition to his parents, he is preceded in death by his son, Jamie Edmond Thornton, Jr.; and siblings: Alice Nichols, Wilma McGee, Marion Hosea, Clyde Thornton, David Thornton, and John Thornton.

Graveside services celebrating his life will be held on Tuesday, October 27, at 2 o’clock in the Middleton United Methodist Church Cemetery, 1304 Middleton Church Road, Elberton, GA 30635, with the Rev. John Moore officiating. Those attending are encouraged to wear face masks and may want to bring a lawn chair as social distancing will be observed.

Mr. Thornton will lie in state at Berry Funeral Home from 12:00-5:00p.m. on Monday and 9:00a.m-1:00p.m on Tuesday for those wishing to pay their respects and sign the guestbook.

COURTESY OF COILE AND HALL FUNERAL DIRECTORS IN HARTWELL
To order memorial trees or send flowers to the family in memory of Jamie Thornton (Courtesy), please visit our flower store.
Send a Sympathy Card