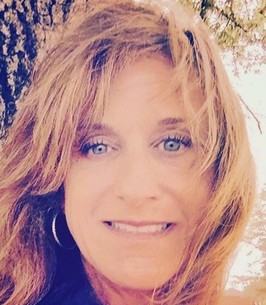 Heather Bassett Skelton (Cuz), President of Image Marketing, and resident of Hartwell, GA died peacefully in her home on May 15, 2020 at the age of 54.

Heather was born in New York on April 19, 1966. She graduated from Auburn University in 1988 with a degree in Business Administration. She played basketball for Auburn as #22 and won the SEC Championship with her team in 1986. In 1987and 1988 she and her teammates played in the NCAA Basketball Division I Women’s Championship.

Heather married Steven Skelton in 2003. On January 24, 2004 they welcomed their son Blake, who along with Sidney, were the most important parts of her life.

Heather was a devoted mother. She loved ALL things Auburn, snow skiing with her family, playing one-on-one basketball with her boys, going to her sons’ basketball and football games. She had a gift for befriending all whom she worked with and met in life. Heather was the ultimate story teller and could bring laughter to a room with little effort. She was a bright light in a sometimes difficult world. She will be remembered for her magnetic personality and best mother ever!

A memorial service to celebrate her life will be held at Coile and Hall Funeral Directors on Tuesday, May 19 at 11:30 AM.

*Please note that social distancing will be observed.

Coile and Hall Funeral Directors and Cremations, 333 E. Johnson Street in Hartwell will be serving the Skelton family.

To sign the online guest registry visit www.coileandhallfd.com
To order memorial trees or send flowers to the family in memory of Heather Skelton, please visit our flower store.
Send a Sympathy Card