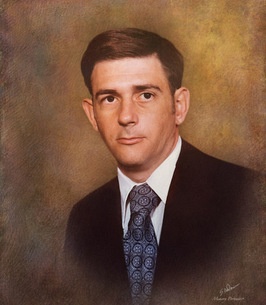 Funeral services will be held on Sunday, October 24, 2021 at 2pm at Tignall Baptist Church. Interment will follow in the church cemetery. The family will receive friends one hour prior to the funeral in the church sanctuary.

Mr. Hendrix, son of the late Hubert Henry and Mildred LeRoy Hendrix was born in Tignall on May 16, 1947 where he also grew up. Following graduation from Washington Wilkes High School in 1965, he attended the University of Georgia where he received a Bachelor’s and Master’s Degree.

Shortly thereafter, he began his track and football coaching career in Elbert County, then Wilkes Academy until 1979. In 1980, he moved to Hart County, where he served as a coach until his retirement. One of the highlights of his career was coaching the Wilkes Academy Track Team to a State Championship in 1979.

Courtesy of Coile and Hall Funeral Directors of Hartwell.
To order memorial trees or send flowers to the family in memory of Glen Hendrix, please visit our flower store.