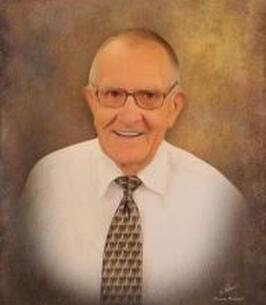 Mr. Warren was born in Oglethorpe County on August 30, 1930, son of the late George Washington Warren and Lucille Gunter Warren. Fred served his country in the Army National Guard and was a member of Rehoboth Baptist Church. He worked in the yarn and dye department at Elberton Silk Mill for many years before going to work at Delmar in Athens where he retired as an inspector. After retirement, Mr. Warren went back to work at Elberton Silk Mill as a security guard. He loved his family dearly and enjoyed playing his guitar.

In addition to his parents and wife, he is preceded in death by his siblings: Hayes Warren, Hugh Warren, Madeline Ross, and Ada Tyner.

Funeral services celebrating his life will be held on Tuesday, February 2, at 2 o'clock at Rehoboth Baptist Church with the Revs. Tommy Brown and Roger Elrod officiating. Entombment will follow at Forest Hills Memorial Park Mausoleum. Mr. Warren will be placed in the church at 1 o'clock on Tuesday.

The family is at the residence of his granddaughter, Sadina Moon, 1886 Fork Creek Circle, Bowman, and will receive friends at Berry Funeral Home from 6:00-8:00p.m. on Monday, February 1.

Flowers are accepted and contributions may be made in his memory to Rehoboth Baptist Church, P.O. Box 487, Bowman, GA 30624.

COURTESY OF COILE AND HALL FUNERAL DIRECTORS IN HARTWELL
To order memorial trees or send flowers to the family in memory of Fred Warren (Courtesy), please visit our flower store.