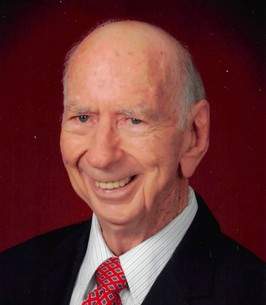 Cade Edward Carter, Sr. of Baton Rouge, passed away peacefully on Friday, April 12, 2019, at his home. Born December 5, 1932, in Elberton, Georgia, he was a graduate of Hartwell High School, followed by active service in the United States Navy during the Korean War. Cade received his BS in Agriculture Engineering from the University of Georgia (1962), and his Masters from Louisiana State University (1972). An employee of the United States Department of Agriculture, Cade was a published author of many research papers and projects, a recipient of the Engineer of the Year Award from the Louisiana American Society of Agriculture Engineers, and the inaugural recipient of the LSU Department of Biological and Agriculture Engineering Distinguished Alumni Award in 2015. Cade was the founder of the LSU Department of Biological and Agriculture Engineering’s Scholarship Fund. Noteworthy of Cade’s distinguished career is that his initial Masters thesis research on Raindrop Characteristics in South Central United States became the backbone of a formula which is utilized and recognized worldwide and continues to be referenced in many publications.

He was a member of the American Association of Agriculture Engineers, an adjunct professor at LSU, and an active member of St. John’s United Methodist Church. Cade was a teacher of the Founder’s Class at St. John’s for many years and served as Chairman of the Council Board and served on the Council Ministries and Finance committees. Cade also was an active member of the LSU Retirees Club. He was an avid fan of LSU football, basketball and baseball, enjoyed working on his own car, computer and appliances when needed, and he loved to travel.

Special thanks to his primary physician, Dr. Harold Brandt, his Home Instead caregivers (Vardin Duncan, Marie Jones, Jessica Jarvis and Shawanda Williams), and the staff of Hospice of Baton Rouge.

Cade will be deeply missed by his friends, family, and all who knew him.

Coile and Hall Funeral Directors and Cremation Services in Hartwell will be in charge of local arrangements.

online condolences may be sent by visiting www.coileandhallfd.com

To order memorial trees or send flowers to the family in memory of Cade E. Carter, please visit our flower store.