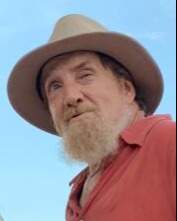 Mr. Collins worked in construction as a painter and he enjoyed fishing, spending time with his grandchildren, and great-grandchildren.

His wishes were to be cremated and the family will hold a memorial service at a later date.

You may leave words of comfort for the family by visiting www.coileandhallfd.com

To order memorial trees or send flowers to the family in memory of Bruce Collins, please visit our flower store.