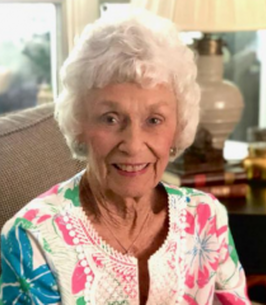 Mrs Betty Atkinson Barton Barker, of Hartwell, Georgia died Thursday, November 19th, 2020. Betty was born in Anderson, South Carolina on December 20th, 1935. She was the daughter of the late Jeptha P. and Mallie Stribling Atkinson. She was preceded in death by son J. Lee Barton and brother James Atkinson. Betty was past owner-operator of Domestic Loans, Co-owner of Hart Telephone Company, and a member of the Hartwell First Methodist Church. She was an avid golfer and loved the game.

A private funeral service will be Saturday, November 21st, 2020.
In lieu of flowers, donations in her memory can be made to the Hart County High School Golf Teams, 59 Fifth Street, Hartwell, GA

Coile and Hall Funeral Directors are in charge of arrangements.

To order memorial trees or send flowers to the family in memory of Betty Barton Barker, please visit our flower store.