To share your memory on the wall of Robert Duda, sign in using one of the following options:

Provide comfort for the family of Robert Duda with a meaningful gesture of sympathy.

He was born September 9, 1939 to the late Earl Duda and Mary Jane Clemmons Duda and worked for Lockheed for ... Read More
Mr. Robert Earl Duda, age 79 of Hartwell, Ga., went to be with the Lord on Thursday, Sept. 5, 2019 at Hartwell Health and Rehab.

He was born September 9, 1939 to the late Earl Duda and Mary Jane Clemmons Duda and worked for Lockheed for 30 years. He loved his family and going to flea markets and yard sales. He was of the Methodist faith.

He is survived by; his wife, Amelia "Leila" Crews Duda of the home, children, Jeffrey(Christina) Duda of Douglasville, Ga., Craig (Lynn) Duda of Dallas, Ga., and Lori Teague of Dallas, Ga., brother, Rev. David Duda of Griffin, Ga., and several grandchildren. He was preceded in death by his parents.

Memorial services for Mr. Robert Duda will be held on Tuesday, October 1, 2019 at One o'clock in the chapel of Coile and Hall Funeral Directors, 333 E. Johnson Street in Hartwell

Coile and Hall Funeral Directors, in Hartwell will be serving the Duda family.

Online condolences may be sent to the family by visiting www.coileandhallfd.com
Read Less

We encourage you to share your most beloved memories of Robert here, so that the family and other loved ones can always see it. You can upload cherished photographs, or share your favorite stories, and can even comment on those shared by others. 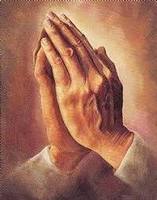