To share your memory on the wall of Jesse Breneman, sign in using one of the following options:

Print
Mr. Jesse Noel Breneman, age 79 a resident of Hartwell entered eternal rest on Monday, November 18, 2019 at his home with his family by his side.

He was born October 28, 1940 in Richland, WI and was a self-employed window cleaner. He was... Read More
Mr. Jesse Noel Breneman, age 79 a resident of Hartwell entered eternal rest on Monday, November 18, 2019 at his home with his family by his side.

He was born October 28, 1940 in Richland, WI and was a self-employed window cleaner. He was one of Jehovah's Witnesses.

The family will be at the home.

To send flowers to the family or plant a tree in memory of Jesse Breneman, please visit our Heartfelt Sympathies Store.

Receive notifications about information and event scheduling for Jesse

There are no events scheduled. You can still show your support by sending flowers directly to the family, or planting a memorial tree in memory of Jesse Breneman.
Visit the Heartfelt Sympathies Store

We encourage you to share your most beloved memories of Jesse here, so that the family and other loved ones can always see it. You can upload cherished photographs, or share your favorite stories, and can even comment on those shared by others.

Posted Nov 26, 2019 at 03:58pm
Hi! We just received an email yesterday on the 25th that Jesse passed away on November 18th. So sad to hear that. Fred and I have fond memories of Jesse when we had our last family get-together there in Georgia many years ago. He died faithful and it's just around the corner now! We hope you receive this. Love to you all, Fred and Laura Hecking
1 Corinthians 2:9: "Eye has not seen and ear has not heard, nor have there been conceived in the heart of man the things that God has prepared for those who love him".

Posted Nov 26, 2019 at 03:28pm
"The fulfillment of Jehovah's promises will be so impressive that the difficulties and trials of the present time insignificance". WT 09/2018

Flowers were purchased for the family of Jesse Breneman. Send Flowers

Posted Nov 24, 2019 at 07:37am
My sincere condolences to my Cousin Josephine and the rest of the Breneman family
Elizabeth And Leonard Albanese
Comment Share
Share via: 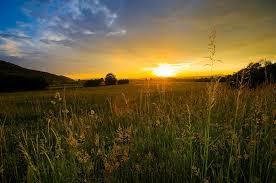