To share your memory on the wall of Glyn Seigler, sign in using one of the following options:

He was born on June 29, 1959 in Royston, Ga., to the late Glyn Clark Seigler and Glenda Ruth Moon Seigler. He was a construction worker.

Memorial services celebrating the life of Mike Seigler will be held on Sunday, August 9, 2020 at Two o'clock in the chapel of Coile and Hall Funeral Directors and Cremations. The family will greet friends thirty minutes prior to the service at the funeral home. The family will be at the home of Dustin Seigler, 1466 Moore Rd. Hartwell, GA.

Coile and Hall Funeral Directors and Cremations, 333 E. Johnson Street in Hartwell will be serving the Seigler family.

To send flowers to the family or plant a tree in memory of Glyn Michael Seigler, please visit our Heartfelt Sympathies Store.

Receive notifications about information and event scheduling for Glyn

There are no events scheduled. You can still show your support by sending flowers directly to the family, or planting a memorial tree in memory of Glyn Michael Seigler.
Visit the Heartfelt Sympathies Store

We encourage you to share your most beloved memories of Glyn here, so that the family and other loved ones can always see it. You can upload cherished photographs, or share your favorite stories, and can even comment on those shared by others.

Posted Aug 07, 2020 at 09:27pm
Our memories of Mike are in conjunction with the Cooner and/or Stratton family reunions. We enjoyed the fellowship with Mike at those occasions. He always was looking for some way to help others. Thank you Lord, for allowing us the privilege of knowing Mike Seigler, & strengthen his family with The Holy Spirit during this time. 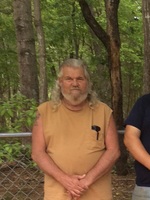