To share your memory on the wall of Dr. Charles Wooten (Courtesy), sign in using one of the following options:

Provide comfort for the family of Dr. Charles Wooten (Courtesy) with a meaningful gesture of sympathy.

Born in Anderson on September 28, 1941, he was a son of the late Arthur Nathaniel Wooten and the late Desoto Goodson Wooten.

After serving in the U.S. Air Force, he graduated from Anderson College and Carson Newman College before beginning a career with District Five, in which he served as a teacher, counselor, and health educator before becoming Principal of West Market School and then Whitehall Elementary. He graduated from Clemson University with a M.Ed. and received his Doctor of Education from S.C. State University. After retirement from District Five, he served the Hart County, Georgia, school district as teacher, assistant principal, and ultimately, Superintendent. Dr. Wooten found a love for higher education and joined the faculty of Anderson University where he was Professor and Dean of The School of Education and the Director of Teaching Fellows. Dr. Wooten had a passion for students and education and his legacy will be felt for many generations to come in the minds of the students he influenced.

He is survived by his wife of 49 years, Dr. Margaret Everhart Wooten; sons, Charles A. Wooten Jr. and R. Craig Wooten and his wife Abby; and grandchildren, Ellie, Ava, Charlie Grace, Joe Riley, Brooks, Baylor and Margot Wooten. He is also survived by his sisters, Evelyn Whitfield and Glenda Mishoe.

In addition to his parents, he was preceded in death by his brother, Truxton Wooten.

The Drs. Wooten were members of Concord Baptist Church where a funeral service will be held on Tuesday, January 7, 2020 at 3:00pm. The church is located at 1012 Concord Rd. Anderson, SC 29621. Dr. Bob Cline and Rev. Gary Byrum will officiate. The family will receive friends in the sanctuary of the church prior to the service starting at 2:00pm. Interment with military honors by the U.S. Air Force will follow at Forest Lawn Memorial Park with Craig Cahaly, Chris Cauley, James Galyean, Paul Masschelin, Joe Riley Wooten, and Matt Young serving as pallbearers.

In lieu of flowers the family suggests memorials may be made in his memory to AU Teaching Fellows, C/O Anderson University, 316 Boulevard, Anderson, SC 29621

We encourage you to share your most beloved memories of Dr. Charles here, so that the family and other loved ones can always see it. You can upload cherished photographs, or share your favorite stories, and can even comment on those shared by others. 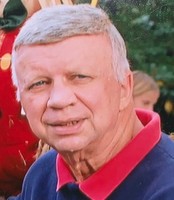