To share your memory on the wall of Donald Johnson, sign in using one of the following options:

He was born on July 7, 1935 in Birmingham, AL to the late Sam Johnson and Anna Self Johnson. He owned a chain of pizza restaurants called Papa Don's and a repair service. Donald was a member of Nancy Hart Masonic Lodge #690, a member of the Yaarab Shrine Temple and Lake Hartwell Shrine Club. He was a U.S. Army Veteran serving his country in the 82nd Airborne in Korea. While in the Army he was a boxer.

He is survived by his wife, Lucille Beck Johnson of the home, sons, Mike Johnson and John Thompson of Canon, Ga., daughter, Becky Partin of Seneca, S.C., brother, Jerry Johnson. Two grandchildren survive. He was preceded in death by his parents, and siblings, Pete, Buddy and Kenny Johnson.

Services celebrating his life will be held on Wednesday, March 18, 2020 at Two o'clock from the chapel of Coile and Hall Funeral Directors with Masonic Rites . Rev. Cory Pulliam will officiate. Inurnment will be at Memorial Garden of Prayer Mauseleum. The family will greet friends Wednesday from 1-2 just prior to the service. The family will be at the home. In lieu of flowers, please make memorials to Lake Hartwell Shrine Club, 85 Triple J Ranch Road, Canon, ,Ga. 30520

To send flowers to the family or plant a tree in memory of Donald Ellis "Pop" Johnson, please visit our Heartfelt Sympathies Store.

Receive notifications about information and event scheduling for Donald

There are no events scheduled. You can still show your support by sending flowers directly to the family, or planting a memorial tree in memory of Donald Ellis "Pop" Johnson.
Visit the Heartfelt Sympathies Store

We encourage you to share your most beloved memories of Donald here, so that the family and other loved ones can always see it. You can upload cherished photographs, or share your favorite stories, and can even comment on those shared by others.

Posted Mar 15, 2020 at 03:39pm
Although I have only known you for about 1 year, in that time I have seen the love that your family has for you and the joy that you have brought them. You will truly be missed Don.
🙏 RIP
Teresa Owens
Comment Share
Share via:
BW 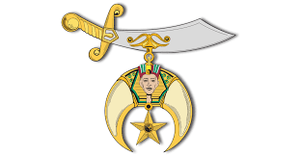