To share your memory on the wall of Corrado Salvemini, sign in using one of the following options:

He was born on April 14, 1941 in Molfetta, Italy to the late Franscesco Salvemini and Ottavia... Read More
Mr. Corrado “Dino” Salvemini, age 78 of Shimkets Drive, Dewy Rose, Ga., entered into eternal rest on Monday, December 23, 2019 at his home.

The family will hold a Memorial Mass at Sacred Heart of Jesus Catholic Church in Hartwell, GA., on January 4, 2020 at 11:00 AM. Burial will be at the Shimkets Family Cemetery.

Coile and Hall Funeral Directors, 333 E. Johnson Street in Hartwell will be serving the family of Mr. Salvemini.

To send flowers to the family or plant a tree in memory of Corrado "Dino" Salvemini, please visit our Heartfelt Sympathies Store.

Receive notifications about information and event scheduling for Corrado

There are no events scheduled. You can still show your support by sending flowers directly to the family, or planting a memorial tree in memory of Corrado "Dino" Salvemini.
Visit the Heartfelt Sympathies Store

We encourage you to share your most beloved memories of Corrado here, so that the family and other loved ones can always see it. You can upload cherished photographs, or share your favorite stories, and can even comment on those shared by others.

Stadler Nieces and Nephews and The Rodriguez and McAnalley Family sent flowers to the family of Corrado "Dino" Salvemini.
Show you care by sending flowers

Posted Jan 14, 2020 at 08:54am
Condolences to the family. R.I.P. Dino, it was a pleasure knowing and working with him at Carriage House Co (Red Wing)
Comment Share
Share via:
KE

Posted Jan 13, 2020 at 07:04pm
Condolences to his family. I knew him many years having worked with him at Spaulding Fibre / Composites and at Carriage House.
Comment Share
Share via:
SN

Posted Dec 31, 2019 at 08:38am
We will truly miss Uncle Dino's beautiful spirit and warm smile. Loving thoughts and prayers for our precious Aunt Dotte and the entire family.

Stadler Nieces and Nephews purchased flowers and planted a memorial tree for the family of Corrado Salvemini. Send Flowers

Posted Dec 28, 2019 at 12:07pm
Two of our favorite memories with Dino were our trip to Italy and his home town of Molfetto and our trip to Nova Scotia. Visiting his home town was amazing, with a beautiful waterfront and seaport. He showed us where he went to school, what buildings he wired with electricity, the market where he bought fish, and we even found a statue to his uncle in the park. On Prince Edward Island we stayed in a cabin where he and Flynn went clamming. That evening Dino made us a pasta dinner with clam sauce (he was a good cook). We love you Dino and will miss you dearly.
Comment Share
Share via:
LB 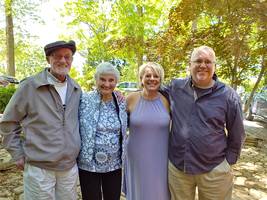 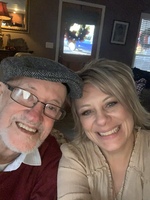