To share your memory on the wall of Cade Carter, sign in using one of the following options:

The gesture that can change the world

He was a member of the American Association of Agriculture Engineers, an adjunct professor at LSU, and an active member of St. John’s United Methodist Church. Cade was a teacher of the Founder’s Class at St. John’s for many years and served as Chairman of the Council Board and served on the Council Ministries and Finance committees. Cade also was an active member of the LSU Retirees Club. He was an avid fan of LSU football, basketball and baseball, enjoyed working on his own car, computer and appliances when needed, and he loved to travel.

Special thanks to his primary physician, Dr. Harold Brandt, his Home Instead caregivers (Vardin Duncan, Marie Jones, Jessica Jarvis and Shawanda Williams), and the staff of Hospice of Baton Rouge.

Cade will be deeply missed by his friends, family, and all who knew him.

Coile and Hall Funeral Directors and Cremation Services in Hartwell will be in charge of local arrangements.

online condolences may be sent by visiting www.coileandhallfd.com
Read Less

To send flowers to the family or plant a tree in memory of Cade E. Carter, please visit our Heartfelt Sympathies Store.

There are no events scheduled. You can still show your support by sending flowers directly to the family, or planting a memorial tree in memory of Cade E. Carter.
Visit the Heartfelt Sympathies Store

We encourage you to share your most beloved memories of Cade here, so that the family and other loved ones can always see it. You can upload cherished photographs, or share your favorite stories, and can even comment on those shared by others.

Posted Apr 15, 2019 at 07:14pm
Thoughts and prayers to dear Patsey and all the family. Wish we could be with you as you celebrate Cade's life. Robbie Jo Ethridge, Keith & Grant. 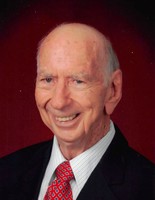