To share your memory on the wall of Barry Ginn, sign in using one of the following options:

The gesture that can change the world

Barry worked as an insurance agent with Independent Life for over 20 years, following his job as an insurance agent, he worked as a carpenter and mechanic. Barry was an active member of the Nancy Hart Masonic Lodge #690 and received the Trestle Board Award on December 19th, 2019. He was currently serving as the treasurer of the lodge and was a Past Master serving in 2010. He was also a member of the Yaarab Temple Scottish Rite. He was of the baptist faith and was a member of Cornerstone Baptist Church. He enjoyed many things, but had a love for crappie fishing, deer hunting, cooking, working as a mechanic and wood-working.

He is preceded in death by his parents, James Warren Ginn, Sr and Sara Rachel Beck Ginn and by his grandparents Lucius (Luke) and Lucille Ginn and James (Jim) and Lula Beck.

Funeral services for Barry Ginn will be held on Tuesday, February 25th, 2020 at eleven o’clock from the chapel of the Coile and Hall Funeral Directors. Rev. Tommy Cleveland, Rev. Terry Meeks and Rev. Kevin Vaughn will officiate. At his request, cremation will follow the service.

His body is at the funeral home where the family will greet friends Monday, February 24th, 2020 from 6 until 8 p.m. The family will be at the home, 89 Janice Drive in Hartwell.

In lieu of flowers, donations can be made to the family of Barry J. Ginn to help with cost of medical and funeral expenses. Online giving has been set up by Oak Bower Baptist Church in Hartwell, Ga.

To send flowers to the family or plant a tree in memory of Barry Joe Ginn, please visit our Heartfelt Sympathies Store.

There are no events scheduled. You can still show your support by sending flowers directly to the family, or planting a memorial tree in memory of Barry Joe Ginn.
Visit the Heartfelt Sympathies Store

We encourage you to share your most beloved memories of Barry here, so that the family and other loved ones can always see it. You can upload cherished photographs, or share your favorite stories, and can even comment on those shared by others.

Guaranteed hand delivery by a local florist
A

Posted Feb 25, 2020 at 09:33am
Sheila, we’re so sorry about Barry. We’re praying for you and your family. With Sympathy, Gail and Sammy Johnson
Comment Share
Share via:
LP

Posted Feb 24, 2020 at 05:25pm
Sheila, I'm so sorry to hear of Barry's passing. My thoughts and prayers are with you and your family.
Love you, Wally and Lesia V. Phillips.
Comment Share
Share via:
JS

Posted Feb 24, 2020 at 04:44pm
Sheila, I am so sorry to hear about your husband. Please know that you and your family will be in my thoughts and prayers.

Posted Feb 24, 2020 at 09:34am
We are so very sorry to hear about Barry, you are all in our thoughts and prayers. We love you.
Comment Share
Share via: 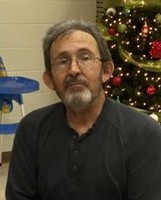 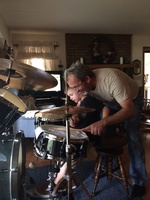 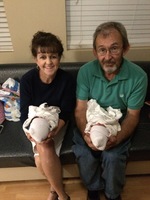